Home Chinatown Where in the World Is Kuala Lumpur? World Part 4

As many of you have been reading about our most recent cruise adventure around the world here is the next installment…. Where in the World is Kuala Lumpur?? 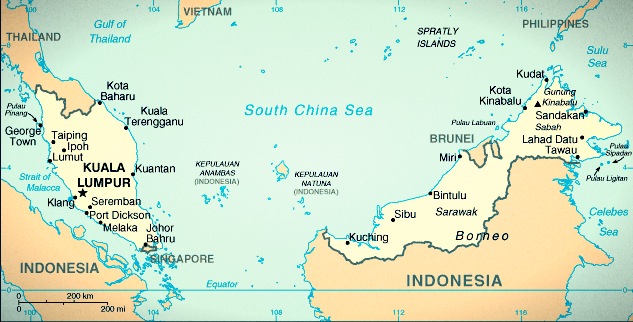 Kuala Lumpur was hard to get excited about since I knew so little.  Someone in our group said it had been mentioned in the movie “Entrapment” with Catherine Zeta Jones but that’s all this city really was to me… a name.   We had heard it was about an hour bus ride to get to the city from the port and none of us wanted to get on any tour buses after the previous day in Singapore.  So we knew we needed to find an alternative mode of transportation.

Once we got off the ship we were able to take a shuttle bus over to a nearby mall and figure out a plan on how to get to Kuala Lumpur.  Trent is our best taxi negotiator and so he was able to find three drivers that would take our group of sixteen to the city, drive us around, and bring us back at the end of the day for only $16 per person.  That was a smoking deal and so we all jumped in the cabs and headed out.

So far our taxi experiences had been great and always in very good cabs that were clean and smelled good.  We were lucky again only this time our driver also had on American top forty music playing and so it felt like we could have been in any US city cab.

Driving to the city it looked a lot like the states.  The infrastructure of the roads were good and there were even plants along the medians in the highways.  Some of the buildings next to the freeway were very dirty and from the open windows we saw clothes flowing from the window sills.  It was evident that there was no AC’s, or clothes dryers, but in all it looked like we could have been in any big city in the USA.

Our first stop was the Petronus Twin Towers in downtown Kuala Lumpur, a big financial hub for the people.  We wanted to go up to the connecting walkway between the towers and have a better view of the city.  However, when we got to the Petronus buildings we were told all 800 tickets that they sell everyday had been sold and we would be unable to go up.  This was disappointing because we saw online that ticket sales only go on sale everyday for that day, in the morning at 8:00am, and can’t be purchased online.  However, we were told many cruise ships purchase big lots of these tickets for their cruisers that go on their excursions and so we were out of luck to go to the top of the Twin Towers.  No matter how much negotiating with the guards they were unable to help us with our plight.

Once we got off of the freeway we went over to the new Kings Palace.  It was beautiful and not much to see since we could only go as far as the gates, much like visiting the White House in the US.  But since we were there we started taking pictures.  In a short time a few of the Indonesian women that were taking pictures in front of the palace, asked if Bailey could be in one of their pictures.